Chepstow set the scene for our most recent winner on the flat with Kingfast who was scoring for the second time this season, landing the bidaid.com Charity Fundraising Events Handicap.

Partnered by jockey Charlie Bennett on this occasion, Kingfast was ridden handily throughout before leading approaching the final furlong seeing the trip out well & winning by 1/2 a length at the line.

The son of Fast Company had lost his maiden tag at Wolverhampton back in March over a trip of 1m1.5f but showed that a change of surface to turf & a step up in trip to 1m4f was no problem at all.

Kingfast is an athletic, flashy individual owned by Mr G. Saville, Mr G. Brandrick & Partner who is proving himself a very consistent character now with two victories & numerous placings to his name giving his connections plenty of fun along the way.

Kingfast has various options available to him on the flat now throughout June & July though he could well be seen over hurdles before too long as he has proven to be a very good jumper at home. 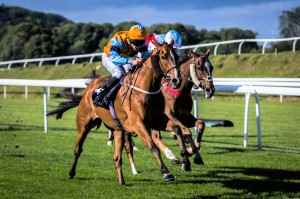 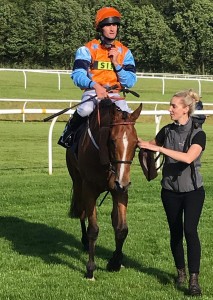