Last week at Ludlow Broken Quest was DD Racing’s 12th and final winner of the 2021-2022 jumps season which made our win and place prize money gained to £126,256.  Our winners to runners strike rate was 17%, winners and placed horses to runners was 48.5%, which completed a successful season considering we are a relatively small yard.

It was great to have the horses running consistently well throughout the season especially, taking into consideration, as it was our first season at our new base at Edgcote, near Banbury, and we didn’t have our first runners until August 2021.

Season highlights included Indy Five, rolling back the years at the grand age of 12, winning impressively at Newbury in March under Stan Sheppard; Innisfree Lad, putting up arguably a career best run, finishing 3rd in the Eider at Newcastle; the ultra-consistent mare, Merry Mistress, winning three races in the season; Flying Verse, who set the ball rolling, winning at Bangor under Champion Jockey, Brian Hughes; Just Toby winning his first race at Wincanton and it was also great to have the Taylormaid syndicate colours back in the winners enclosure at Worcester with What A Glance.

We look forward to giving the majority of the horses a well-earned summer break in the next couple of months and hope next season will be as productive as this one for DD Racing.  We would like to thank all our owners for their continued support throughout the season, and of course our fantastic team whom work so hard and all the jockeys that have ridden for us this season, bringing the best out of our horses. 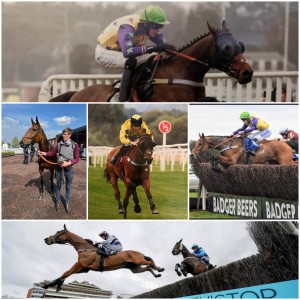 A selection of some of our winners this season